Currently, the 'australian' tag is used to represent the Australian Aboriginal Dreamtime stories.

However these stories aren't 'Australian' in terms of the current country & the culture introduced by Britain's subsequent settlement. Just as Roman myths and legends are known as roman and not italian, they are unique to the Aboriginal culture and thus should be tagged as such.

Yes, I can see the reasoning behind this proposed change to the tag. It is a crucially important cultural point that australian could be construed as been about modern Australian culture, which is quite apart from the australian-aborigines.

It is not really possible to make a tag for each Aboriginal Nation, a map of the myriad of Nations (based on language is shown below): 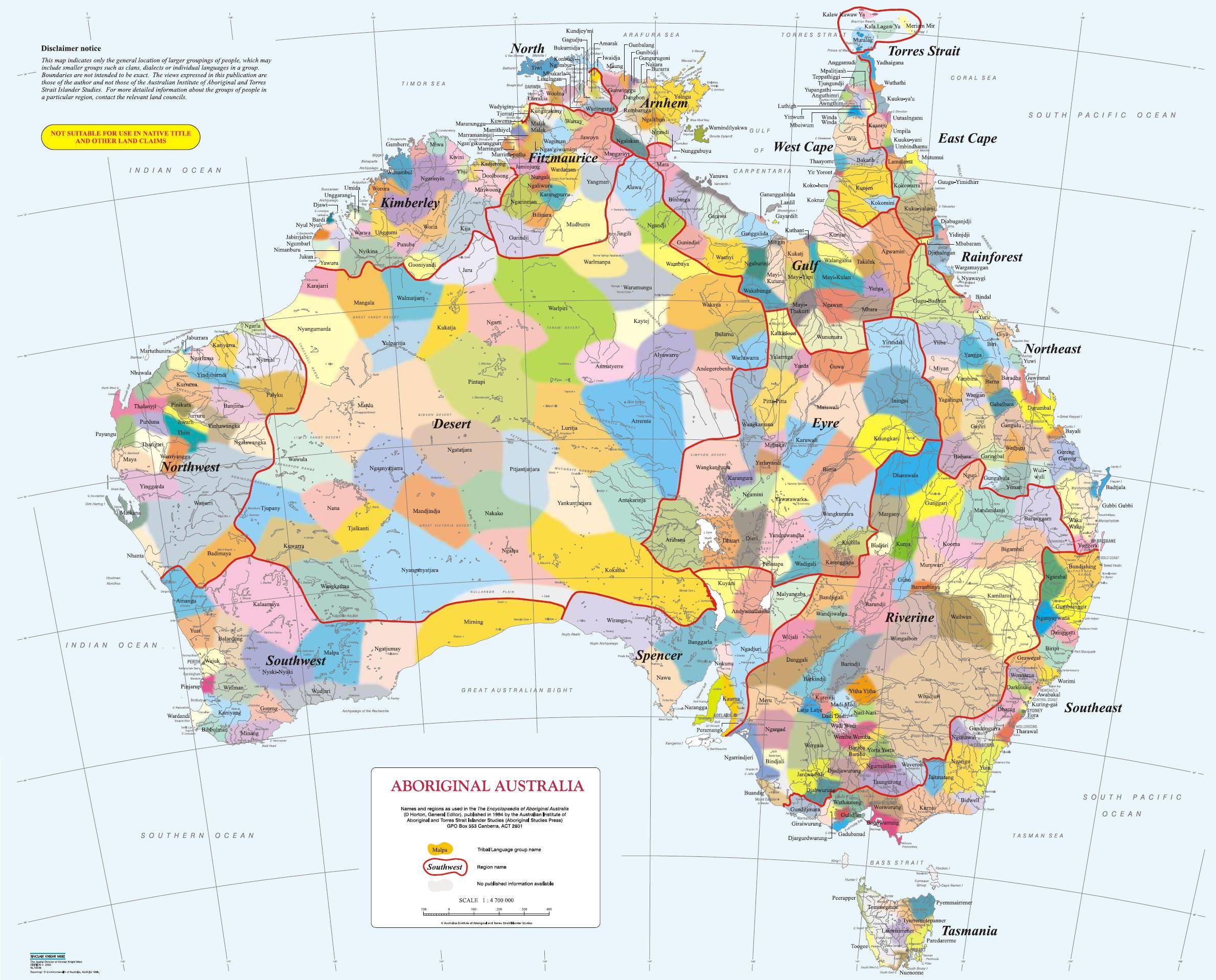 An alternative naming of the tag could be indigenous-australian

The term "Aboriginal" is traditionally applied to only the indigenous inhabitants of mainland Australia and Tasmania, along with some of the adjacent islands, i.e., the "first peoples". Indigenous Australians is an inclusive term used when referring to both Aboriginal and Torres Strait islanders.

Questions on the mythology of Torres Islanders could either be tagged with their own torres-islande, or use a more generalmelanesian tag.

Not the answer you're looking for? Browse other questions tagged discussion tag-cleanup .

Welcome!
This site is for discussion about Mythology & Folklore Stack Exchange. You must have an account there to participate.
Help
Visit chat

8
Should we stop tagging by country?

4
Teutonic vs Norse Tag
5
What Tag Synonyms should be created?
8
Should we stop tagging by country?
6
How should we handle contributions written from the perspective of religious believers?
13
Should we rename the site to "Mythology & Folklore Studies"?
3
Can we replace the gods tag?
7
September Topic Challenge: Australian Aboriginal mythology
2
Tag deletion possible?